Boys soccer adapted to the restrictions presented by the pandemic 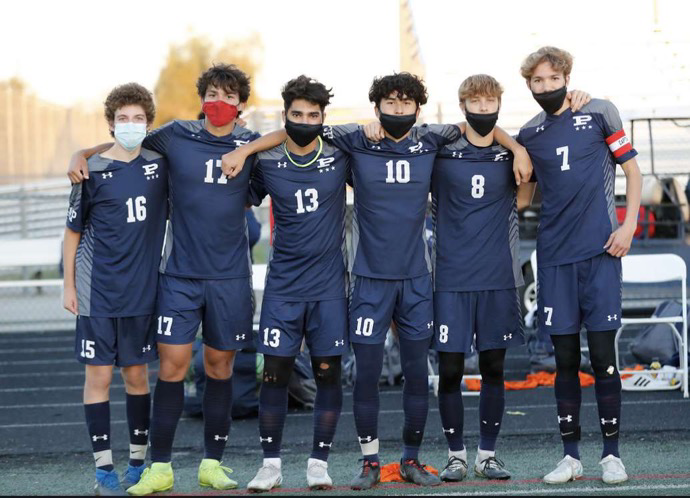 Any athlete who’s played competitive sports understands that it requires skills, both physical and mental. In a year plagued by COVID, the physical skill set expanded. A few weeks into the season, the Arizona Interscholastic Association (AIA) mandated all players in high school sports to wear a mask at all times, even while playing. The players on our boys’ soccer team found this requirement impacted how they played, finding it very difficult to breathe while sprinting up the field with a mask on.

¨Although difficult, it was doable for the time being, considering as well as it wasn’t too hot outside.¨said Malik Fierro, junior.

Despite the COVID-related challenges, the boys played successfully through the season and made it into the playoffs, a notable achievement.

Senior Kyle Benjamin, a team captain, said ¨Starting the season off, I was not sure how it would go. A lot of players were not playing this year so I didn’t know how strong the team would be.”

After a delayed start to the season, the team started out strong, with a record of 8-1. Though they faced a few losses late in the season, the team persevered and ended the year with a strong record. Benjamin led the team as the highest-scoring player, creating an achievement that everyone strove to beat.
“ Ending the regular season 9-4-1 and going into playoffs was a decent place to be,” said Benjamin. “Losing to Tucson in playoffs was not how we wanted to end the season but I was very proud of how well this team worked together.¨
Though the season ended not in the ultimate victory they hoped for, players have a lot to be proud of 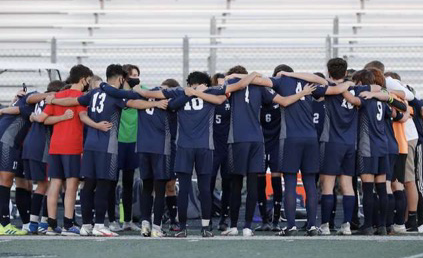