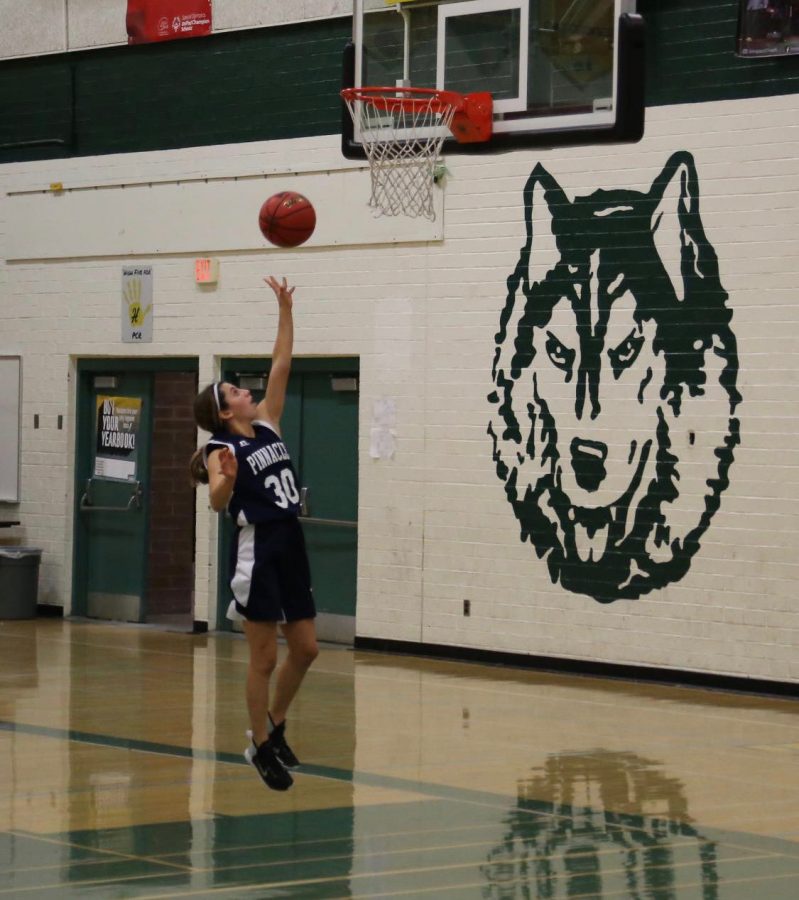 Dribble, Pass, Shoot. The crowd goes wild. The PHS Freshman Girls Basketball team just scored a point. Teamwork builds with every play and the intensity level soars. What will happen next? One player takes an open shot and, boom, a three-pointer.

Point guard Morgan Escobedo started playing basketball three years ago. Escobedo sticks to a simple pregame ritual to prepare herself for the game which involves “just shooting around in the gym.”

“The best part of being on the court is the adrenaline when playing,” Escobedo said.

Escobedo acknowledged how the team supports one another during games and practice. “The team always helps me keep my head up and boost my energy when I don’t do well,” Escobedo said.

Escobedo explained that “the team always makes me laugh when we’re losing or reminds me of funny things.”

“The main thing I want to accomplish this season is for the team to work together and win more games,” Escobedo said.

Escobedo also talked about what she accomplished already this year. “I think I’ve improved my shooting accuracy this season,” Escobedo said.

When asked how the team makes Escobedo better, she responded, “The team taught me that if not all of us are giving our all we lose a big team sport!”

“I flick my wrist,” shared Hajja, “it’s just kind of to shake off my nerves.”

Staying motivated may be a problem for some players, but not Hajja.

“[I stay motivated by] leaving that game in the past and focusing on what I did wrong so I can fix that mistake and do it better next time,” said Hajja.

Hajja has been playing basketball for four or five years. “I like playing basketball because it’s an outlet for me. It makes me a better person in sports and in life,” Hajja said.
“[My role models are] my mom and my siblings, Majd and Deema,” said Hajja. “They influence me to be the best I can be and they guide me through it all.”

Hajja’s sister, Deema Hajja is also on the team. “It’s really fun playing on the team with my sister and I enjoy it a lot. We get to be competitive with each other and laugh at the same time which is really cool. I wouldn’t want it any other way,” M Hajja said.

Hajja’s goal for the future is to go to the University of North Carolina. “Not necessarily for basketball, but it’s the school I’ve always wanted to go to since I was young,” Hajja said.

The Freshman Girls team finished their first high school season with a record of 9-9. These players demonstrated a lot of potential this year  and look forward to getting ready to move up to the next level next year.